Ever gotten a disc stuck in your CD drive? It doesn’t happen often, but it can get really annoying. Sometimes rebooting will fix the problem, but rebooting can sometimes take a long time and doesn’t always even work. Here’s an easier way.

Warning: Do not attempt to use this technique if the CD drive is in use! You will very likely damage the drive and/or the CD. If you’re not sure if the drive might be in use, you should first power down the computer. Standby mode is fine, though, which might save you a good bit of time (on Windows 7, you click the arrow next to the “shut down” button to access standby). 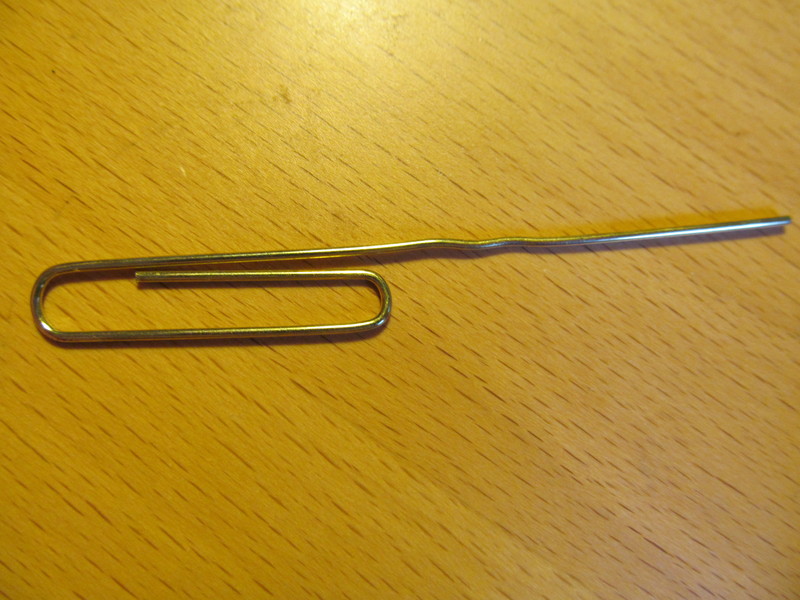 Locate the release hole on the front of the drive and push the tip of the paperclip in firmly as far as it goes. The hole I’m talking about is the little round one above the light. 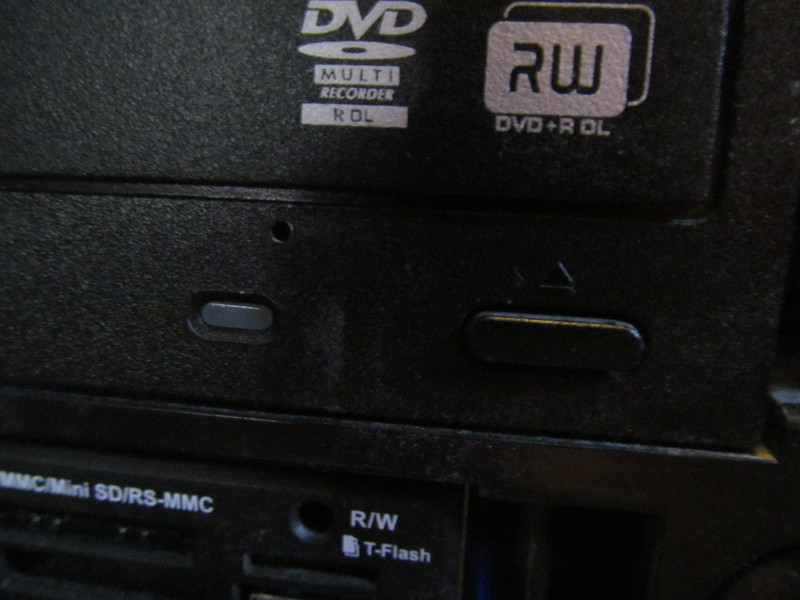 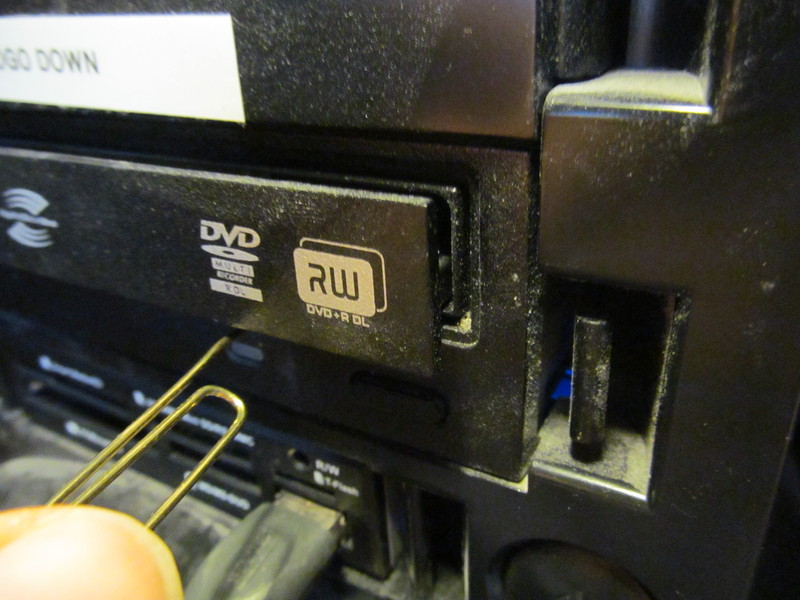 If you’re lucky, as in the above picture, the drive will pop out enough so that you can grab the tray and slide it out carefully; however, sometimes the drive will stick in a spot where you can’t quite hold onto it. Fortunately, there’s an easy fix: flip the paperclip around and use the other end to pry it out: 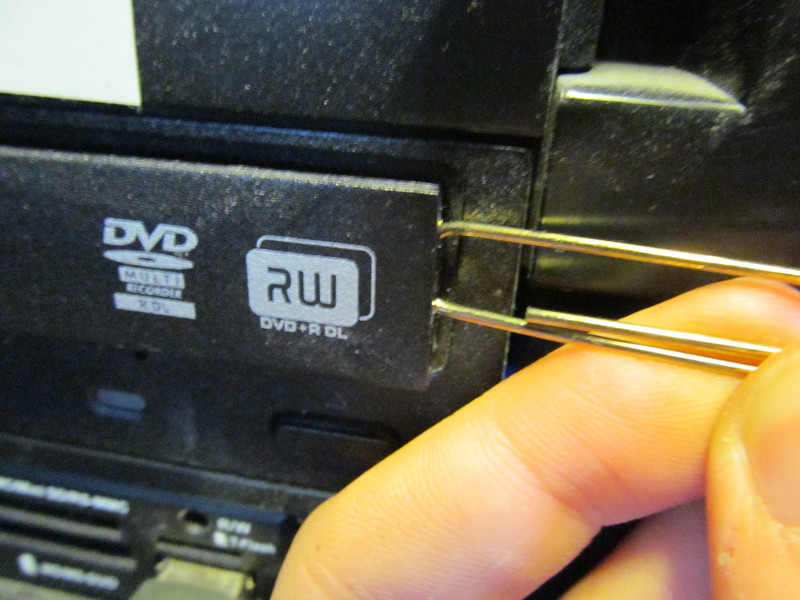 Besides removing stuck discs, I use this trick to insert boot discs in computers that are currently turned off; it’s nice not to have to power the system on just to get the CD tray open.